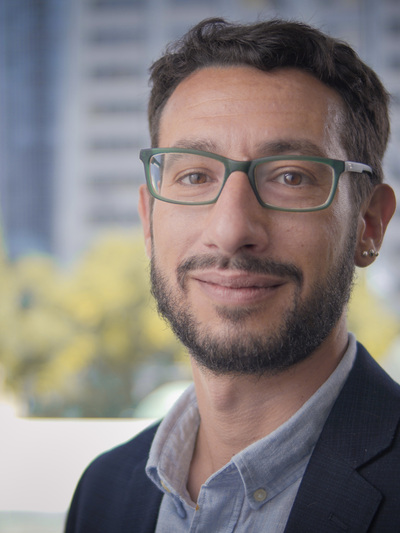 Erik is a doctoral candidate in Italian Screen Studies and his research focuses on representations of migration in Italian non-fiction film.

This semester, he is working as Teaching Associate for Italian 2055: Mafia Movies. He has taught Italian Language Courses. Also, he has led recitation sections for "Introduction to Italian Cinema: Sex and Politics" (GE Visual Performing Arts and Diversity Global Studies) and "Introduction to the Humanities: Cross-Cultural Perspectives" (GE Literature, Diversity Global Studies, and Social Diversity in the United States). He has experience teaching courses on visual literacy, film production, and media broadcasting. Recently, he has collaborated with the Digital Flagship Initiative as a fellow of the Center of the Humanities in Practice.