In Memory of Professors Robert Cottrell and Albert Mancini

Department colleagues and students shared their memories and appreciation. 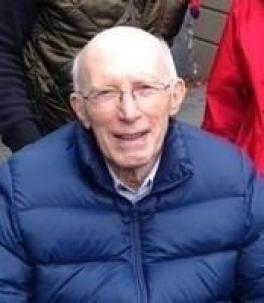 Robert Cottrell was born in Iowa and graduated high school in Des Moines, Iowa. He went on to serve his country overseas in the U.S. Army during the Korean War. Upon his return, he earned his undergraduate degree from Columbia University in 1957 and his PhD in French Literature from Yale in 1961. An accomplished pianist, he studied with Carl Friedberg in New York (1953-1957) and Paul Stoye in Los Angeles (1947-1951). Cottrell was appointed professor in 1971, served as Department Chair from 1974 to 1978, and retired from OSU in 1999.

Cottrell was the author of numerous scholarly articles and wrote or co-translated five books. He remained a true scholar in his retirement and reading widely. He was a member of the Renaissance Society of America (his area of specialization), the Carl Friedburg Foundation, and the Société des Amis de Montaigne among other professional organizations.

As a senior faculty member and chair of the department, Cottrell not only encouraged faculty in their teaching and research pursuits, he inspired them. While Chair of the Department, he was also an active scholar, demonstrating that it was not only possible but highly desirable for a Chair to be active in the field (or fields, in Bob’s case). He brought a dignified persona to his academic responsibilities, yet he also had a wicked sense of humor, often indicated by a wry smile and a slightly raised eyebrow.

He was a wonderful colleague, open to the ideas generated by related fields of inquiry, and always devoted to the highest standards of excellence.

(The Board of Trustees of The Ohio State University)

“When I think of Bob, the word excellent comes to mind. He was an excellent department chair, professor, colleague, as well as, after our respective retirements, a dear friend. I always admired Bob’s intellect and his scholarly production. He was always well read—a copy of Proust was beside his armchair and he read widely including recently a book about the wonders of trees. He said that he shared information from this book with his luncheon companions at the retirement facility where he lived - a group of women who it seemed were delighted by his tree stories. He said with a wry grin that he thought he was providing the lunch time entertainment. He was an attentive and thoughtful friend. I shared with him my love of elephants (a retirement interest), and he never failed to ask about the elephants. He always inquired about my daughter. I will miss him and will always value our friendship and his contributions to the department.”

“Dr. Cottrell was one of my dissertation advisers. I remember fondly his enthusiasm for teaching and for his subject matter. He was a wonderful mentor—patient, very funny, and a good storyteller. I owe both my first conference paper and my first published article to his encouragement. I feel quite lucky to have been one of his students.”

“When I think back about Prof. Cottrell, two images come to my mind. My first image is constituted by his passion and his love for his profession. He was a passionate about women's poetry and literature. He made me discover and appreciate writers such as Christine de Pisan, Hélisène de Crène and Marguerite de Navarre. There comes to my mind his wonderful and lively teaching about 'La querelle des amyes.' I still recall one of his exams when he asked us to reproduce the issues of la querelle des amyes. We were asked to imagine a dialogue, a debate between the main historical figures of this issue. The second image, which is inherent to the first image, is related to his passion, a passion that was revealed through his 'joyous light,' a light that gleamed whenever he talked about women's poetry and literature.

With these modest words, I thank you, dear Prof. Cottrell for sharing with us your passion and your joyous light.” 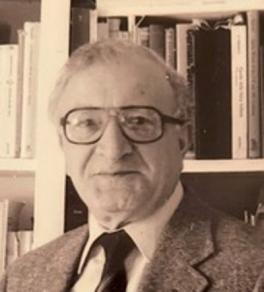 Albert Mancini was born in Trenton, NJ and raised partly in Italy. Mancini earned a Doctorate in Modern Letters (cum laude) at the Universities of Padua and Naples; he later received a PhD in Romance Literatures from the University of California-Berkeley. He taught at UC-Berkeley (1957 1961) and Princeton University (1962-1964). He spent most of his career at The Ohio State University where he served as director of the Italian program from 1965 to 2001. He held many appointments as Visiting Professor or Scholar at the Italian School of Middlebury College, the NEH Institute on Humanism in Florence (1994), the Centro Internazionale di studi italiani of the University of Genoa, and numerous universities in North America and Italy.

Given the length and ubiquity of his service to Italian Studies, Mancini's presence will surely be missed by many in the profession. His value and service to the Department of French and Italian at The Ohio State University in particular–to its faculty, instructors, and students–was immeasurable.

He is survived by his wife, Susan, and their children, Nicholas and Mara Bell, and five granddaughters.

“Albert Mancini played a big part in the professional lives of everyone he knew. And he knew everyone, not only in the United States and Canada but also in Italy, especially among those of his generation and in his fields of specialization. At OSU he created the master's program in Italian Language and Literature; of the twelve to fourteen quarterly courses that our MA students took, he regularly taught half of them. He was also instrumental in admitting new students to the program and in placing graduates from it in PhD programs elsewhere or in teaching positions in Ohio and throughout the country. His work in Sixteenth- and Seventeenth-Century Italian studies made him known throughout the world, and his efforts in philology, bibliography, and literary history resulted in publications certain to have an enduring shelf life. He was devoted to the furtherance of Italian studies throughout the United States and Canada and instrumental in hirings and promotions in the field across the continent. As editor of Italica, he counseled both new and veteran scholars in the preparation of the essays that they contributed to that journal, whose high standards he was able to maintain almost single-handedly during his editorship. Rarely has our profession known someone whose devotion to it was so all encompassing and so valuable.”

“Professor Mancini was the person who wanted me at OSU. I remember his phone call explaining what the department would offer me, and to me it sounded so incredible that a university professor might call a student in Italy, asking her to complete her application to the department.

He even reassured my parents, who were a little afraid of having to see me leave Italy to go study in America.

Until a few years ago, he would regularly send me a book, one of his latest works, and almost  20 years have passed since I had obtained my MA in Italian.  I will always be thankful to Prof. Mancini for that first phone call wanting me in FRIT as a graduate student and an Italian TA, which made me discover  my love for teaching, and now I am a high school English teacher in my hometown - Taranto, Italy.

Thank you, dear professor, for the exciting experience  I had the chance to live in my years at OSU both for my academic and personal growth.

I will always be grateful to you. God bless you.”

Prof. Mancini was my beloved mentor and teacher in graduate school. He was an endless source of knowledge for all of us who had the great privilege and honor to be in his courses.

“I was saddened to hear about Prof. Mancini’s passing. He was the one who offered me a Teaching Assistantship in Italian at OSU in 1997 when I was looking to leave Italy. I’m the daughter and granddaughter of US citizens, but I wasn’t registered at the US Embassy when I was born in Tuscany and was not a US citizen at that time. I was about to go back to London, where I had already worked and spent quite some time. Professor Mancini 'found me' and was kind enough to call me as I didn’t have a computer with Internet.

I was excited, but also hesitant about this opportunity. I was trained in Film and Cultural Studies, and I was drawn to communication studies or sociology. He said that in the US I would be more competitive in Italian and that, once in the academy, I could research whatever I wanted. He knew how academia works and understood the particular challenges of a young student, who was on her own and hungry for advice, work, and an opportunity to improve her life.

It has not been a straight line, but he was right. I don’t think I could have found a better career and life opportunity at that time and in those circumstances. He was a great mentor. I loved our long conversations either in his office or walking with him on campus to his car after or before class. Our perspectives diverged at times, but he was always encouraging and he saw the best in me. Later I even ended up publishing a few papers I wrote for his classes that he had told me were excellent and finely researched. He wrote brilliant recommendations for me and all the Ph.D. programs in Italian to which I applied accepted me.

There are many more memories I could share about Professor Mancini, but one food-related memory will always be with me and make me smile. I owe him my very first encounter with American bread. It was in August 1997 as soon as I arrived in one of the dorms at OSU. He took me to the Faculty Club, and I ordered exactly what he ordered. As soon as I bit into the sandwich, the soft and fluffy bread that had not been toasted got stuck to the roof of my mouth, and I could barely speak. I didn’t know what to do… it was an awkward moment, but we laughed about it. I wasn’t used to that type of bread, and I had never liked or eaten the Italian pane in cassetta, sandwich bread, that is similar but has a firmer consistency. I was used to crusty peasant bread and all the varieties of Italian breads. In Italian culture, it is all about breaking bread together. And who knew that that mundane moment was holding the seed of my future research. I will always fondly remember Professor Mancini, the opportunity he gave me and breaking bread together.”