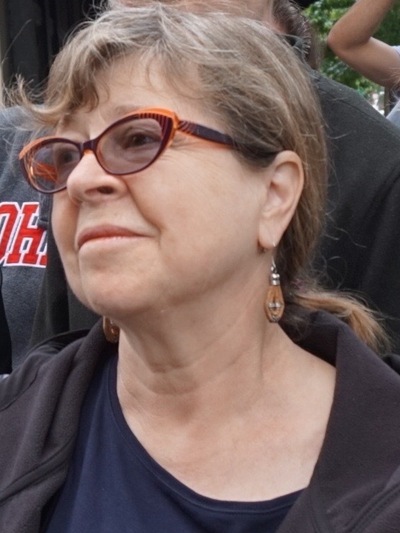 Danielle Marx-Scouras earned a B.A. in French-Honors from Simmons College (1971), an M.A. in French from Boston University (1975), and a Ph.D. in Comparative Literature from Columbia University (1981).  She also studied and did research at the Universities of Louvain, Milan, Paris VII and VIII (Vincennes), and the International Center of Semiotics and Linguistics of the University of Urbino. She came to Ohio State in 1990, after having taught French and Italian at Brandeis University. Previously, she taught French literature and culture at Reid Hall (Columbia University), American civilization at l’Ecole Nationale d’Administration (l’ENA), and Italian at  L’Ecole Nationale de la Statistique et l’Administration Economique (l’ENSAE) in Paris. She served as Resident Director for the CIC summer program at Laval University in Quebec from 2001-03 and 2010-12, and designed and directed the OSU program there from 2013-17.

Danielle works in contemporary French and Francophone (Maghreb, Quebec, ethnic minorities in France) literatures, theory, intellectual history, and popular music.  She is the author of La France de Zebda 1981-2004, Faire de la musique, un acte politique (Paris: Editions Autrement, 2005); The Cultural Politics of Tel Quel: Literature and the Left in the Wake of Engagement (Penn State University Press, 1996) and guest editor of “Dissident Algeria,” Research in African Literatures (1999). She has published over forty articles and book chapters on authors and topics such as Albert Camus, women and the Algerian war, Leïla Sebbar, Elio Vittorini’s Politecnico, Jean Sénac, French and North African theory, Driss Chraïbi, Mehdi Charef, Hélé Béji, and French popular music. Her articles have appeared in such journals as Yale French Studies, L’Esprit Créateur, the minnesota review, and Research in African Literatures. Her research has been funded by grants and fellowships from the American Philosophical Society, ACLS, and the Camargo Foundation. She has lectured and published in thirteen countries in Africa, Europe, and North America. Danielle is currently working on a book project, "Rock the Hexagon: Popular Music and Identity Politics in France Today," for which she was awarded an OSU Seed Grant for Innovation in the Arts and Humanities. She served as associate editor of Research in African Literatures from 1992-2011.

This website was created to preserve the unique study abroad experience that resulted from the Ratner award.